S.M. Elliott - A REVIEW OF “OVER A BARREL” (DOCUMENTARY) 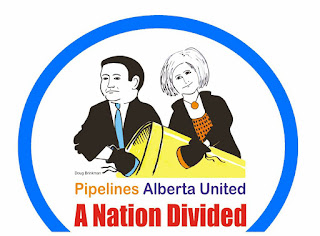 
A REVIEW OF “OVER A BARREL” (DOCUMENTARY)
In September of 2019, Alberta premier Jason Kenney announced the establishment of a public inquiry into the sources of funding behind anti-pipeline activism in the province, as well as the opening of a digital tipline to which citizens can report suspected instances of foreign funding of such activism.

It was a bizarre and costly decision to open this inquiry, because it is in no way unlawful (or unusual) for environmental non-governmental organizations (ENGOs) to work across borders. They deal with oceans, wetlands, wildlife and other things that exist all over the planet, so their conservation and education efforts are definitely not going to remain localized. However, a primary mandate of the inquiry is to determine if U.S. money has gone toward disseminating misleading or erroneous information about Alberta’s oil industry that would amount to defamation. We’ll see where that path leads.

The inquiry wasn’t a surprising move on Kenney’s part. For months he had been talking about a conspiracy against Alberta oil. Even his acceptance speech of April 16, 2019, contained a dark warning to environmentalists: “To the Rockefeller Brothers Fund, the Tides Foundation, Lead Now, the David Suzuki Foundation and all of the others: Your days of pushing around Albertans with impunity just ended.”

His reference to the Tides Foundation unnerved me, because back in 2010, when Glenn Beck was enjoying the peak of his popularity on Fox News, he devoted a considerable amount of airtime to “exposing” George Soros’s funding of the Tides Foundation, which led to one disgruntled viewer heading for Tides Foundation headquarters with a carload of automatic weapons, intending to wipe out as many employees as he could. Thankfully, he was intercepted before he reached San Francisco.

As it turned out, Soros contributed just 5% of the foundation’s annual funding at that time and in no way had control of it, as Beck implied.

So it made me uneasy to hear similar talk from the mouth of Alberta’s freshly elected premier. I was also troubled by the fact that his words were inspired by the work of just one person, Canadian researcher Vivian Krause. For several years, Krause has been compiling evidence that the non-profit organizations Kenney mentioned in his speech – and numerous others – have been pouring money into their Canadian counterparts in order to fight the development of new pipelines in Canada, with the goal of landlocking Alberta’s tar sands.

Over a Barrel is Krause’s research in documentary form. I saw the Edmonton premiere of this film and the chaotic Q&A that followed yesterday afternoon.

It is not a shocking film. There is nothing particularly controversial in Krause’s basic findings. No one disputes that Canadian ENGOs receive funding from U.S. ENGOs and charitable organizations. We all know that there has been strident opposition to tar sands development and the construction and expansion of oil pipelines in Canada.

Where Krause – and perhaps Kenney – seem to go wrong is in where they place the blame for the failure of Alberta oil.

Krause believes the negative attention being paid to the tar sands is out of all proportion with anti-oil activism in other parts of the world, particularly the U.S. This can come across as a persecution complex when her examples are not timely. For instance, in Over a Barrel, she points to California drilling platforms situated near public beaches. Why is no one opposing that?, she asks. Well, for one thing, many of the companies that own offshore drilling platforms in California are suffering financially. Venoco, the owner of one platform, declared bankruptcy in 2017 and the platform has ceased operations. Rigs like this are going to be re-purposed or dismantled in the near future because no one wants to take them on.
Over a Barrel takes hard aim at the Tar Sands Campaign, which Krause characterizes as a slick, mostly American operation, the brainchild of the Rockefeller Brothers Fund, the Hewlett Foundation and the Tides Foundation. That is not the case. The Tar Sands Campaign originated in Canada.

But that’s not the biggest problem with Over a Barrel casting the TSC as one of its supervillains. By all accounts exept its own, the TSC has dwindled to insignificance since 2015 and was never a major player in oilsands activism, anyway. Krause and the filmmaker of Over a Barrel are giving the initiative far too much credit.

Over a Barrel asks another one of Krause’s favourite questions: If Canada’s greenhouse gas emissions contribute just 1.6% to total global emissions, why is opposition to the tar sands still a thing? She can’t comprehend why American oil is booming while Alberta oil is busting, skirting the fact that the bitumen being dredged from Alberta’s tar sands is more expensive to refine than any other form of oil and simply isn’t as appealing to investors and consumers as regular oil.

Krause and Kenney both maintain that David Suzuki and other environmental activists have spread lies and misinformation about Canadian oil. None of these alleged lies or factoids are even mentioned in Over a Barrel.

Krause’s work has focused on U.S. funding of Canadian environmental activism because she believes that without that funding and support, Canadians would be mostly (if not totally) okay with pipelines. She frequently points out that Canadians weren’t even talking about oil pipelines a decade ago. They were “out of sight, out of mind.” We didn’t care. 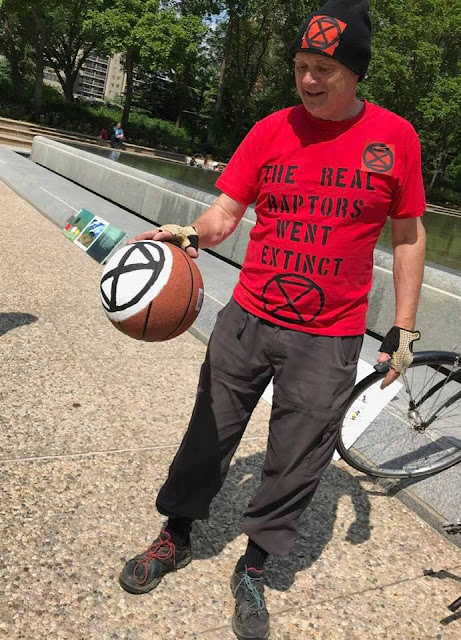 The truth is, though, that the world is turning away from the troubled industry that is oil. We know that it has a limited future. We want to move on. We want to try other things. The opposition to the tar sands and pipeline projects, both within Canada and in the U.S., merely reflects a larger trend.

Krause contends that Canada both needs and deserves to stay competitive in the global oil market, free from the tyranny of U.S. oil interests. She presents oil as the only possible solution to poverty in First Nations communities, and Ellis Ross (a British Columbia MLA featured prominently in the film) suggested during the Q&A that oil jobs will somehow magically reduce suicide rates among First Nations youth.

Krause and Over a Barrel argue that the primary obstacle to pipeline development is environmental activism. In Krause’s view, the Alberta government should pursue legal action against the Rockefeller Brothers Fund for providing funds to ENGOs that have played roles in Canadian elections and oil-related policy making. Yet even Krause admitted, during the Q&A, that the only way forward is to “break the American monopoly.”

Over a Barrel in no way addresses how on Earth this might be accomplished. If Big Oil is still one of the most formidable forces in the world and can still accomplish almost anything, what chance does Alberta stand against it? If the U.S. doesn’t want Alberta oil to get to overseas markets, then it won’t get there. Period.

In the end, Krause’s foreign-funding research as encapsulated in Over a Barrel is an intriguing distraction from the truth:

It is landlocked. It is dirtier and more costly to refine than other oil. The oil industry is in the early stages of its death throes, and people don’t want to be clawed back into it with dodgy investments. The world is starting to look forward to (hopefully) cleaner energy. U.S. oil interests have begun to edge away from Canadian oil and are content to buy it up on the cheap.

The Rockefeller Brothers Fund and David Suzuki didn’t create any of these issues, so stifling their concerns with costly litigation isn’t going to resolve a single problem that Alberta oil faces. This looks more like a problem of Big Oil (Alberta) vs. Bigger Oil (the U.S.), and Alberta is not going to win that match.

It is time to prepare ourselves for the end of Alberta oil. We’re not there yet. But we’ll be there soon.


YouTube Strike One!
Over a Barrel Filmmaker Contradicts
Over a Barrel Emcee  Ryan Jespersen.
Over a barrel filmmaker made this copyright claim against me causing YouTube to remove my 20 minute Q&A YouTube after 168 views and 6 thumbs up.  YouTube placed a strike against me and my YouTube account as punishment regardless the filmmaker's Over The Barrel host Ryan Jesperson of 630 CHED allowed filming of the Q&A open forum and encouraged audience members afterwards to use social media to get the message out. The strike against my YouTube account will end January 11, 2020.

S.M.Elliott is author of
Swallowing The Camel
Facts + Logic = Truth

Letters
Love it. Thanks for the level headed truth. If more people would actually research before buying into this BS, the future would be bright. - Ryan


An anonymous author, with no knowledge of the O&G industry, referring derogatorily to the oil sands (bitumen in sand) as “tar sands”, and casually telling readers that Alberta oil is at the end. The anonymous author uses something called gaslighting to discredit their opponent with no facts or figures given….no charts….no graphs…..uses group identity techniques to justify their opinion….and that is all this ridiculous, hateful, ignorant article is….a trashy opinion from a trashy writer! - Darren Hiebert

Three things: I am not anonymous. My name is S.M. Elliott. This is a film review, not an exhaustive point-by-point examination of energy or job creation. When was the last time you saw a chart or a graph in a film review? I do not “hate” oil and gas. - S.M. Elliott
at February 17, 2020