Shame/ridicule pole used for public ridicule are usually called shame poles, and were created to embarrass individuals or groups for their unpaid debts or when they did something wrong. The poles are often placed in prominent locations and removed after the debt is paid or the wrong is corrected. Wikipedia. 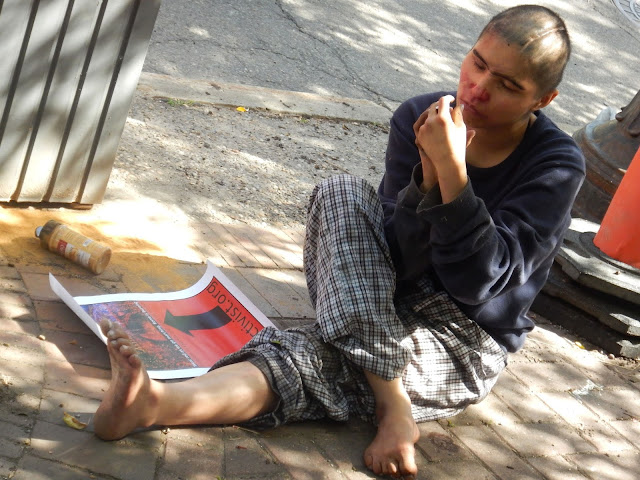 2020-06-22 This young lady is the inspiration behind my Solstice 2020 week painting '#ShameTheMan with love' Totem. When she asked me to buy her a cell phone, give money but I had no chance, she said give her something so I gave her my poster and a pen to draw on the back with. I shared her story with my (Hon) friend Rick Wilson, Minister of indigenous relations and his chief of staff who is First nations. He said we have to help her... I met Jenna in Veterans park last Friday crawling in the dirt wearing no top. While painting over the weekend I was surrounded each day by young men and women graduates in beautiful dresses and suits for graduation pictures. Quite the contrast to Jenna (Not her real name) Sunday was indigenous Day. 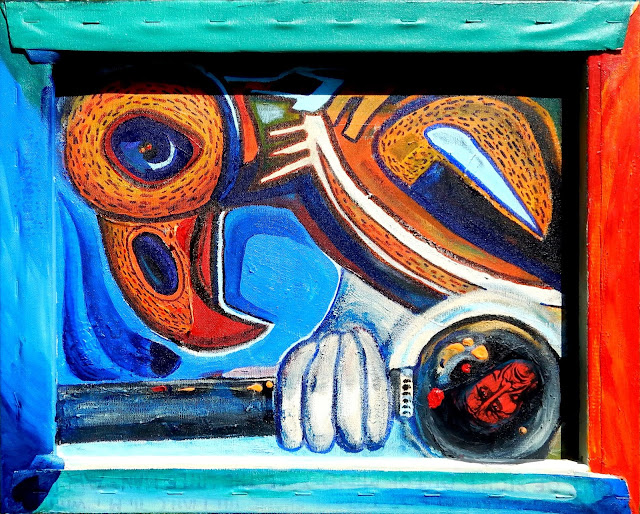 '#ShameTheMan with love' (Back side)
'Sunset, getting dark' (Front side) 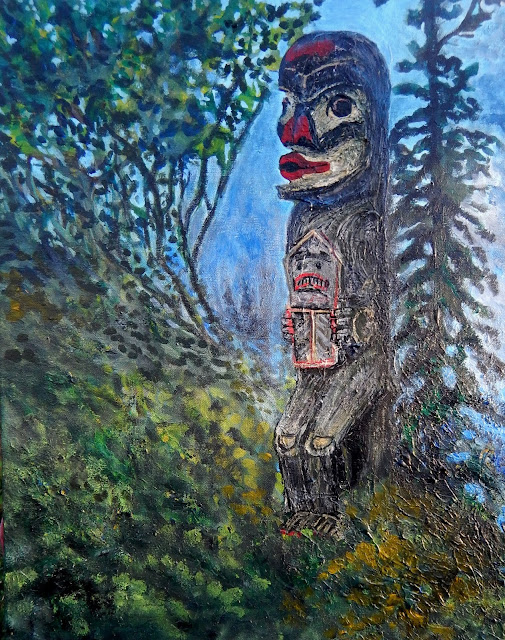 2020-06-20: Completed backside '#ShameTheMan (with love)' Urban art renewal paint over the original 2015 'River valley trail' (below). I decided to make a title change from 'Shame TheMan with Love (totem)' to 'Sunset, getting dark' during the week, leading up to solstice. 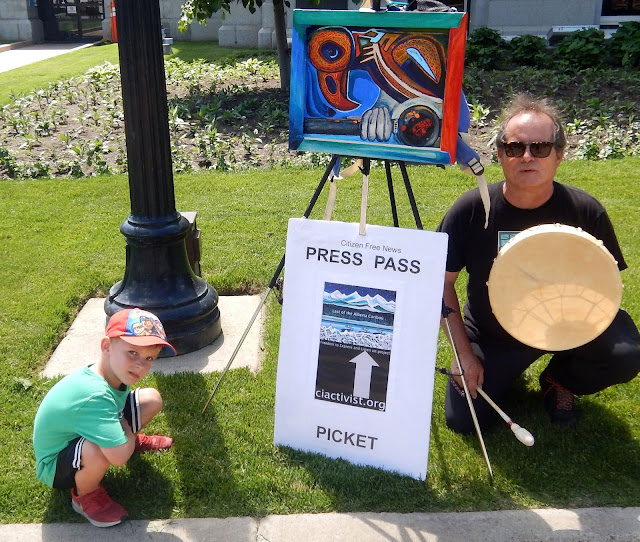 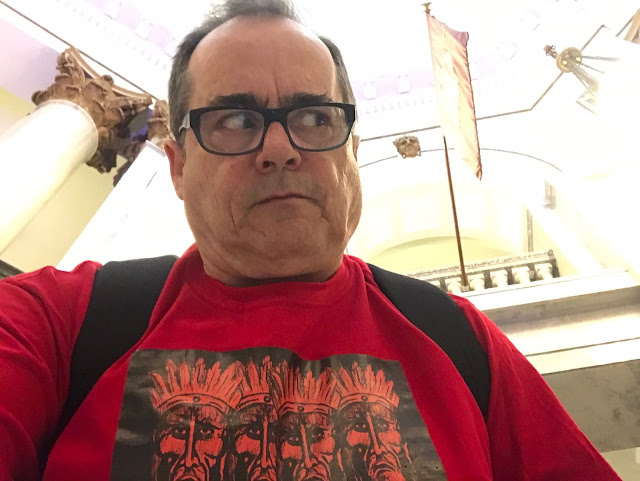 #ArtIsFreedom Last week, on the elevator while taking my trash down to the garbage room behind our building, I chatted with my neighbour. He inquired about my t-shirt I was wearing and I told him it was Alberta Legislature inspired from a collection I call 'The Speakers Banned Free Speech & Wear' designer t-shirts, after being banned 4 times by Legislature Government officials. The shirt I was wearing titled "Red Man Left for Dead" depicts the four indian heads found inside the Alberta Legislature rotunda, above the fountain. This offended my friend, who himself is a first nations man, from treaty 8, a member of the LGBTQ community and supporter of the  Greta Turberg, climate strike movement. (He showed me a photo of him with Greta) My neighbour requested that I stop using the term 'indian heads' to describe my t-shirt because Indian  is a word used to describe people from India, not the original people in Canada. Caught off guard and awed by his first reaction I decided to retitle my t-shirt 'Red man left for dead' to 'Four indian heads' because historically when the 4 heads were installed inside the Alberta Legislature in 1913, Indian was used to describe just about everything related to first nations during that period of time. Back in the garbage room I showed my flustered friend the label on the back of my t-shirt. He looked at it but did not say a word, walked away with his eyes filled with tears.

Since I created this Alberta Legislature "Four Indian Heads" 1913, I've given away 2 shirts, one to a young Wet'suwet'en anti-pipeline female protester and the other to my friend, Alberta's Minister of Indigenous Relations (Hon) Rick Wilson... 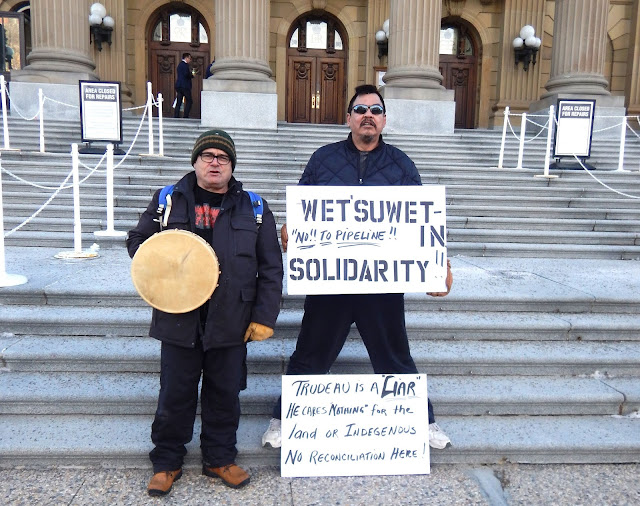 Photo taken by the daughter of this man, to whom I earlier gave her a personal guided tour inside the Legislature rotunda area under the watchful eyes of several LASS employees. I pointed up inside the rotunda and showed her the four indian heads above fountain that was installed in around 1913. These gaunt looking creatures the artist created were not placed there to welcome First Nations, but to commemorate thier eventual extinction through poverty, hunger, disease and harsh elements of Alberta. After my tour I gave her the gift of art "Four Indian Heads" t-shirt and said listen and learn from your father because it's your generation and my grandkids to whom must continue to fight to protect the land, water and air for future generations. 24 hours later I gave the same gift of art t-shirt to my friend (Hon) Rick Wilson.