In a Democracy you participate. If you stop doing it, democracy crumbles 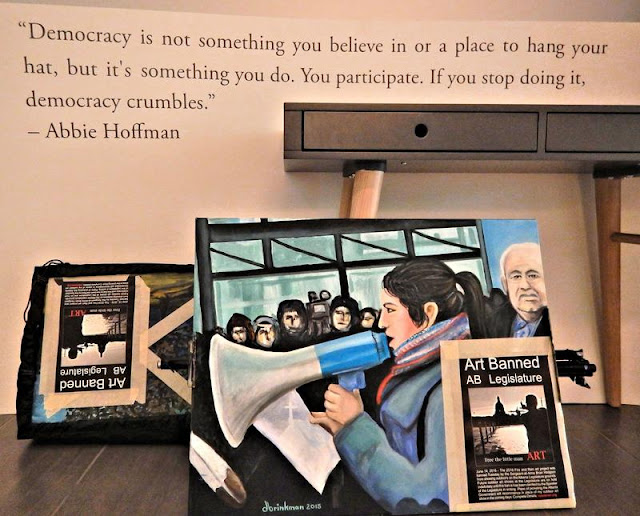 2020-07-25 Because of non-compliance to overcrowding, and wearing masks by some people who attend protests outside the Alberta Legislature and public places in Edmonton, it has prompted me to stop participating, news gathering and publishing news stories on protests and rallies altogether due to the increase in Covid19 cases in Edmonton. This #FreePress on hold for now... 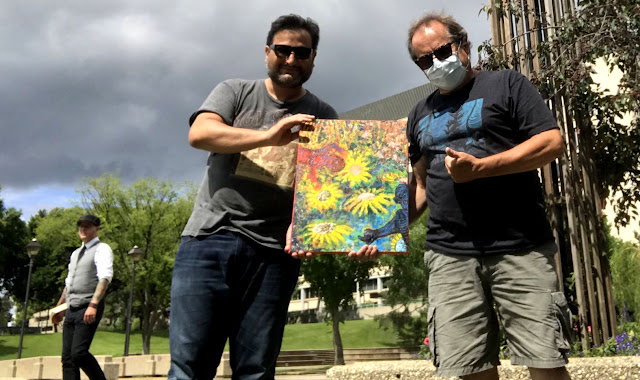 My Civil Information Actions that respect people, property, and the rule of law will continue during Covid19.  I will continue the practice of social distancing, limit myself to small gatherings, use masks, and hand sanitizer while painting, news picketing, or conducting more citizen #FreePress Speakers Corner open mike on the Alberta Legislature grounds. 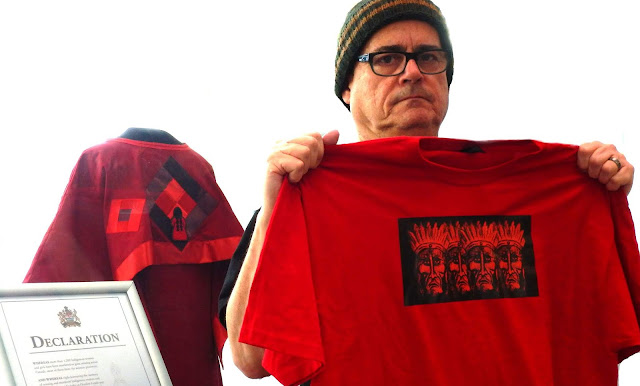 How much time do I spend at the Alberta Legislature? The (Hon) Rick Wilson MLA for Maskwacis-Wetaskiwin, Minister of Indigenous Relations said last week while outside news picketing, that I was welcome to use his office anytime I need it. The Minister of Infrastructure, the (Hon) Prasad Panda, MLA for Calgary-Edgemont has in past said I'm welcome to use the bathroom in his office if public washrooms on the grounds were not available. I was doing my porta-potty picket at the time for lack of facilities on the Legislature grounds. I respectfully won't take up the good Minister's gracious offers since the Sgt-At Arms will likely not allow me that sort of free access inside the Legislature due to Covid19, security restrictions and of course the challenging t-shirts I sometimes wear... Photo: "4 Indian Heads, Redman left for dead." 'The speakers banned speech & wear' designer t-shirt.


July 10, 2020, Alberta Legislature: 'i am,' Oromia Canadian placard art installation created during a protest by the Canadian Oromo community over the death of singer Haacaaluu Hundeessa. Protesters say, according to CTVnews Edmonton, have been targeting the Indigenous population of Ethiopia, the Oromo, through arbitrary detention, torture, and kidnappings. My placard art installation was inspired by the 'I am a man", according to Wikipedia, is a declaration of civil rights, often used as a personal statement, and as a declaration of independence against oppression.

Patriots Rally Canada Day 2020 Alberta Legislature, First Nations 2020-07-01 Canada Day: About 100 or so Albertans, many calling themselves Patriots took the stage where Black Lives Matter had their protest a couple weeks ago on the back lawns of the Legislature. No #Antifa were present to prevent me from filming and no corporate news media to news cover this story showed up, so I published this YouTube to what what I saw... Enjoy your freedoms, thank a veteran. PRESS PASS PICKET 220 Days, 3 years continues as No #Freepress exists inside the Alberta Legislature representing the voice of the people. 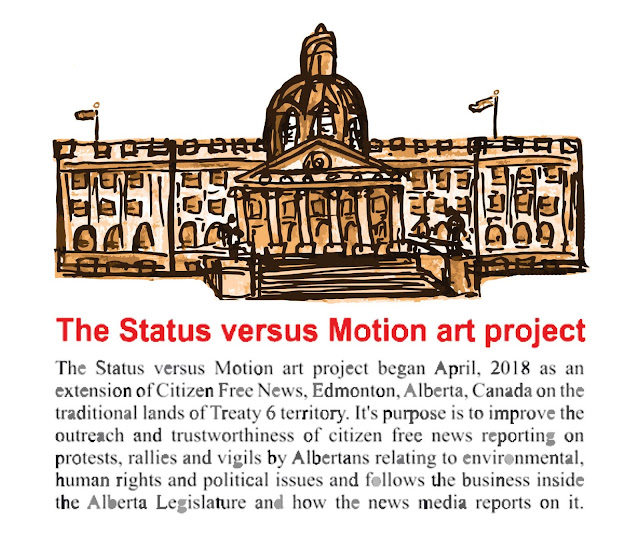 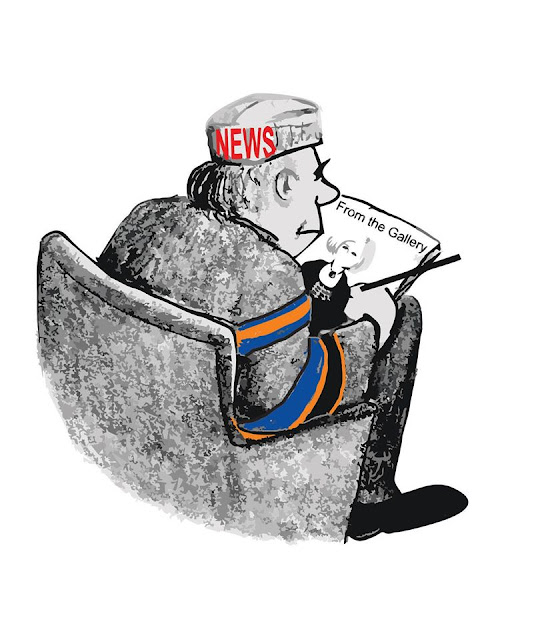